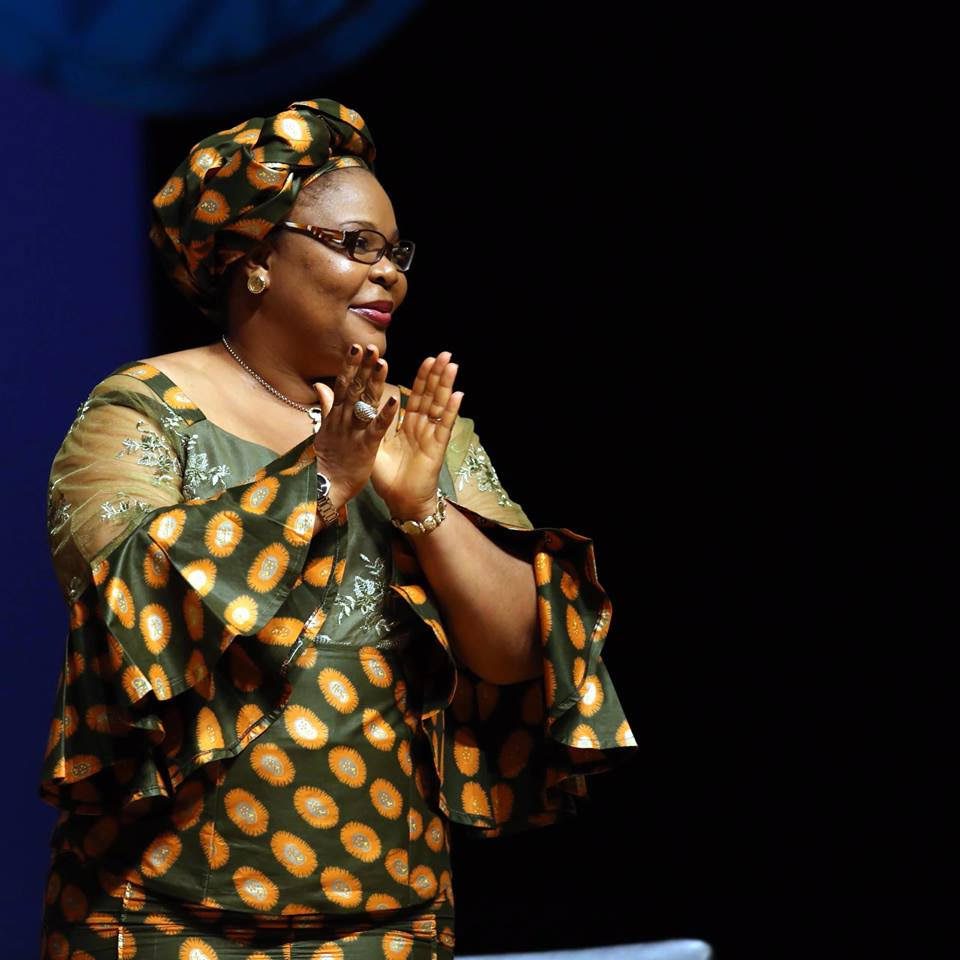 Liberian peace activist, women’s rights advocate and Nobel Peace Prize laureate Leymah Gbowee speaking at the 2017 Bond Conference.
Here are some suggestions which were proposed at the conference, highlighting a variety of perspectives for how all of us involved in global organisations can build greater public support.

In her pragmatic defence of the UK aid budget, Priti Patel, Secretary of State for International Development, encouraged civil society to adopt a stronger national interest approach when justifying both public and private investment in aid.

Indeed, if charities are to appeal to sections of society for whom international development may seem like an ineffective liberal policy then perhaps an emphasis on national interest may be an effective solution.

However, numerous speakers argued that organisations must promote a progressive moral stance, one which educates the public on the extensive impact aid and development programmes have on those in need. 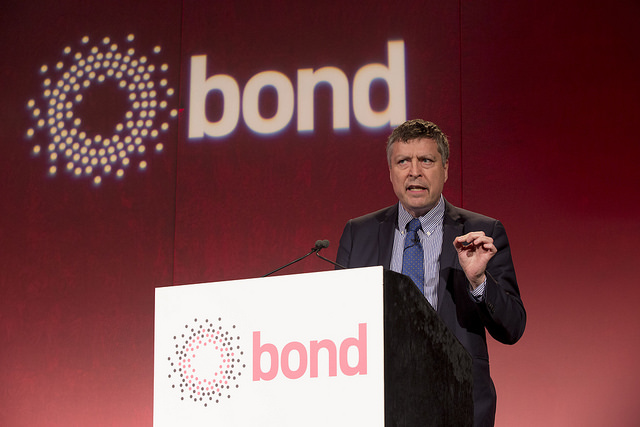 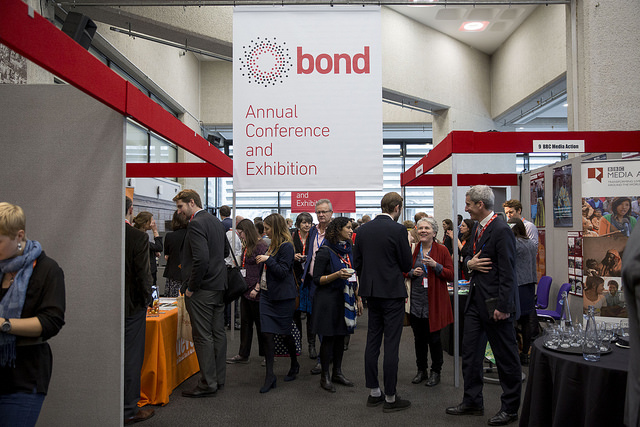 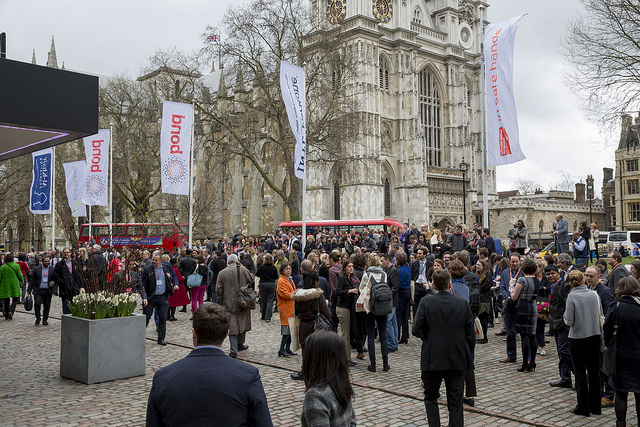 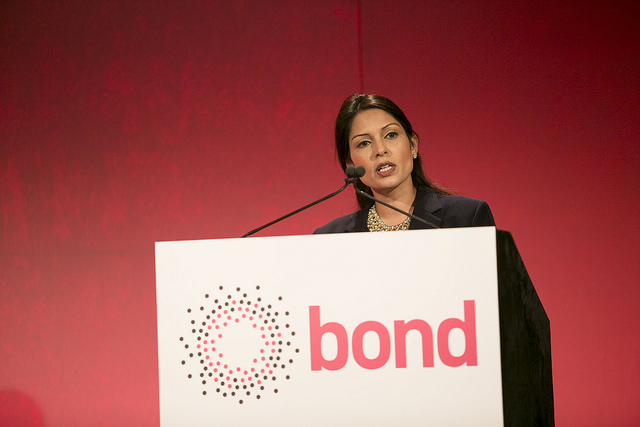 Priti Patel speaking at Bond Conference 2017
Photo by Vicki Couchman
“Charities need to build a more diverse group of messengers on a wider range of platforms.”
Jack Lundie, Director of Communications at Oxfam GB said that charities must re-establish humanitarian work as a truly moral cause and use language of fairness, justice and responsibility if they are to gain public trust in long-term development programmes. There is no one simple answer, but I am persuaded that the development sector needs to become more courageous and rigorous with their communication strategies. Charities need to build a more diverse group of messengers on a wider range of platforms. There was an underlying consensus amongst attendees that communications with the public must be improved and that organisations must look beyond the conventional role of our usual partners (media, journalists, academics). I’ve learned that the revolution will be live-streamed, tweeted, and shared online. Most importantly, social media’s power rests on its ability to make the marginalised heard in their own words. I am convinced that organisations need to allow beneficiaries to express their own stories. The most energising speakers were from those on the ground. Their message was clear – don’t show a picture of someone impacted by your development project, instead give them the camera, let them publish them own pictures and introduce the public to the content they create. In doing so the forward thinking, creative, and well-messaged organisations not only empower the beneficiaries but inspire greater trust in the overarching international development community. During the final session, ‘Wining the Story Wars’, journalists and communication professionals made the case that charities must move away from their inherent reliance of statistics and facts when attempting to persuade the public and the press. Peter Foster, European Editor of The Telegraph suggested that charities ‘start with the emotion, then follow up with evidence’. Murmurings of agreement echoed round the lecture theatre. Clearly organisations need to become more emotive and more human in their reporting if they are to inspire confidence in the work they do. 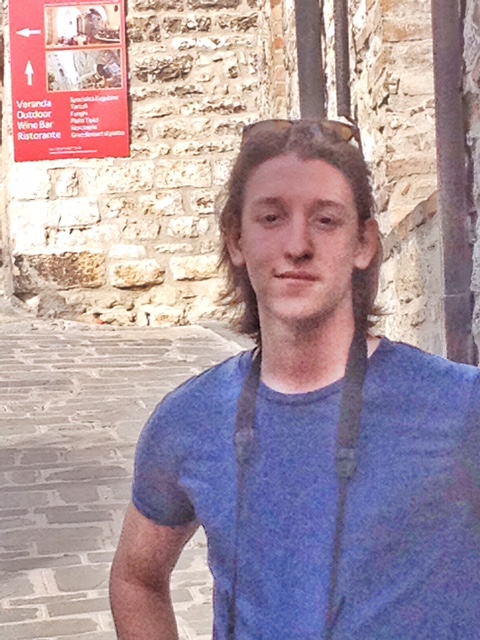 Alex Hinde is a recent graduate from the University of Kent (History’16). He worked as an international development consultant specialising in anti-corruption at the International Governance and Risk Institute and covered the Bond conference as a development associate for Robin Heller International in London.

+1 215 292 7476

robin@rhifundraising.com

robin.heller2015 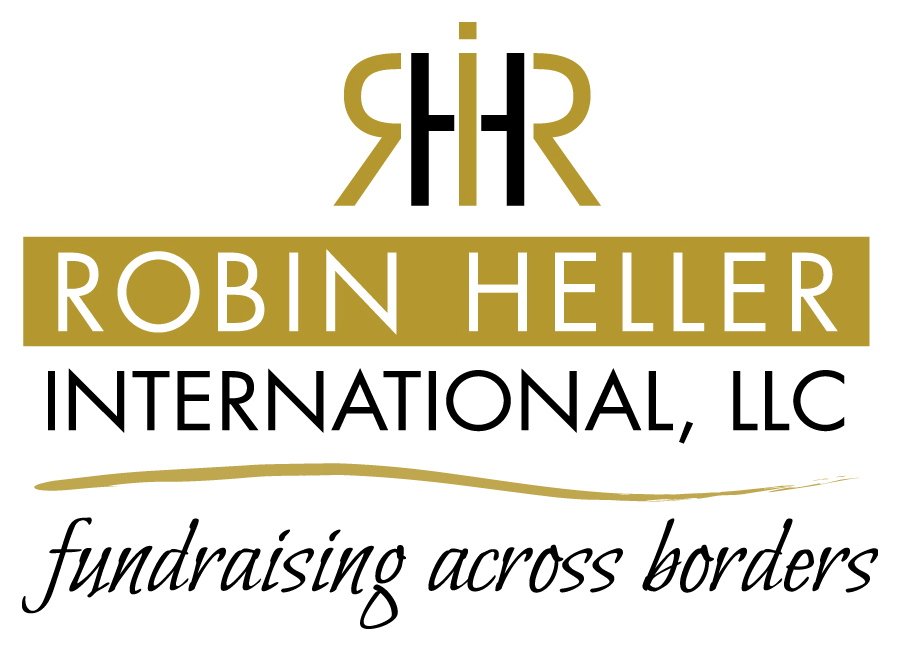